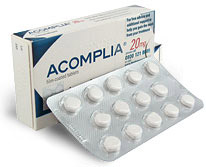 Acomplia is the brand name for prescription only slimming pill Rimonabant. It is a very powerful pharmaceutical grade medication that is aimed at the morbidly obese and should not be taken by anyone just needing to shed just a few pounds.

Acomplia should not be purchased over the counter or online – it should be taken in a controlled and doctor administered fashion. There is a certain grey area surrounding its legality in the UK, Europe and USA – although it can be prescribed by a health practioner it is still being sold without GP intervention.

Acomplia is not a concoction of ingredients nor is it a herbal weight loss solution – just one ingredient is present, it is a drug called Rimonabant. When we mention weight loss drugs the phrase cannot be more aptly apportioned to Acomplia.

Acomplia reduces cravings and suppresses the appetite – the sole purpose of appetite suppressants is to ruduce the intake and consumption of food and reduce the intake of calories. Acomplia will reduce your hunger but at what price? Very much nuclear style weight loss.

The side effects of Acomplia, Rimonabant range from the very mild to the very serious.

Acomplia can also cause hallucinations, panic attacks and even anger – it can even result in a complete change of personality. It is a drug and so even though manufactured to reduce cravings can often lead to a dependence on the drug itself.

Is Acomplia A Recommended Diet Pill

It is our opinion that Acomplia should only be taken under strict supervision from a GP, doctor or health practitioner. Under no account buy acomplia online from the internet.

Xenical, not an appetite suppressant but a fat blocker. Xenical (Orlistat) is prescription only – it does cause the side effects or the dependence that can be associated with Acomplia Rimonabant. More About Xenical here. 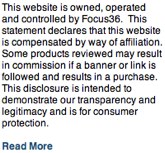